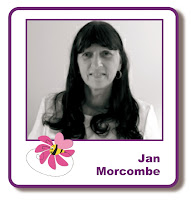 Hello again crafters.  This weeks card idea came out of a conversation with Lisa, we were talking about the Hobby Art Poinsettia Stamp set and Lisa said that she had seen it done in vellum, so I thought I'd have a go.  I made two in the end because I liked the affect so much.
The first was done using a red vellum: 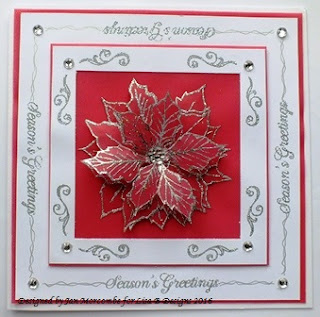 So I stamped the large poinsettia from the set three times onto the red vellum using Versafine then embossed it using the Wow Iced Silver. 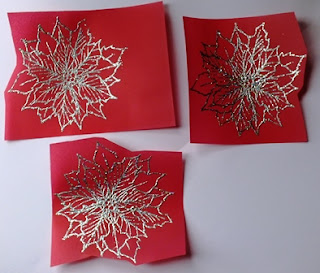 I then cut them out but in different layers so I could decoupage them, which I did using Cosmic Shimmer Dries Clear Glue, then left to one side to dry. 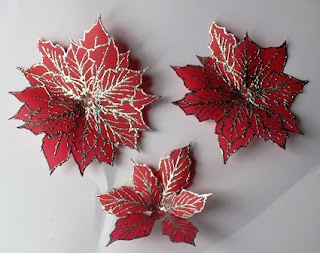 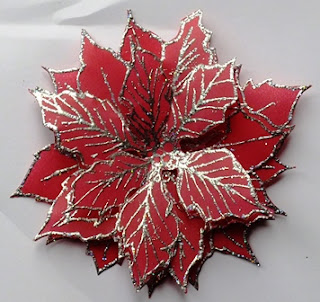 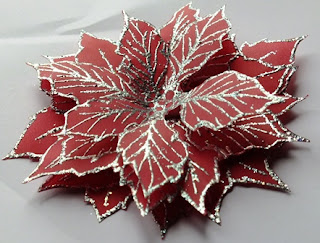 I then started on the background.  I used my usual 7" x 7" white card and cut a matt of the red vellum slightly smaller, I don't like to waste hidden card or paper so I cut an inner square that I knew I'd use later. 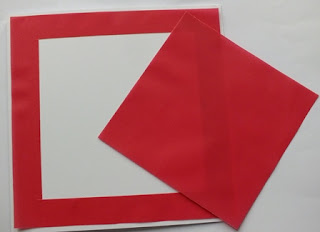 Once I stuck down the out frame of vellum with double sided tape near the inner cut square so it wouldn't show, I cut another piece of white super smooth card just slightly smaller than the vellum.
I then used the Season's Greetings from the same stamp set and stamped around the edge of the white card by layering the stamp down and putting a pencil mark where the top of the stamp would be and did this around each edge of the card.  Again I used the Versafine and Iced Silver. 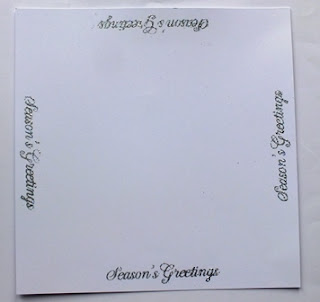 You can just see in the photo below where the pencil mark was and I used this mark as a guide to cut another square of white card which I cut into a frame large enough for the Poinsettia to fit in and I knew the other piece of cut away red vellum would fit underneath showing a small border.﻿

I then used the two little scrolls again from the same stamp set and laid them on the border of the frame in the right position, face down and then popped my acrylic block on top so I knew I had the right angle of the stamps to do each corner and leave enough room to place a gem. 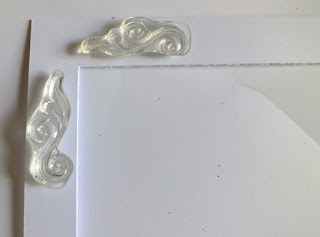 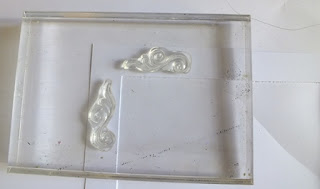 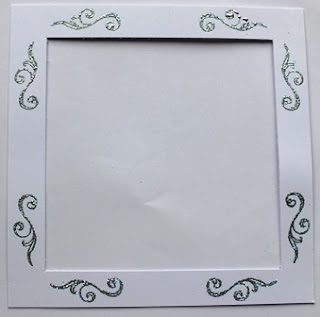 Once all four corners where done, I mounted the frame with some foam, then before placing onto the vellum I used a fine silver pen and drew a few squiggly line between the sentiments and corners where I stuck some gems.
Once that was all assembled I added the large Poinsettia and finished off with a few more gems. 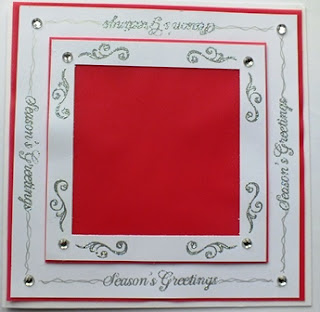 The next card was very similar but this time I used white vellum and gold embossing powder and kept it very simple by just using a favourite Christmas Embossing folder from my stash and some gold mirri for the border. 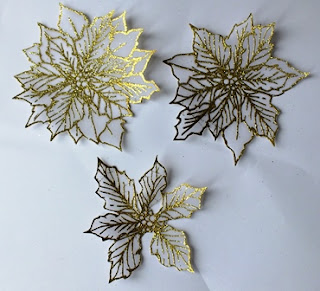 Finished is off with the Merry Christmas sentiment from the stamp set and another easy but effective card done. 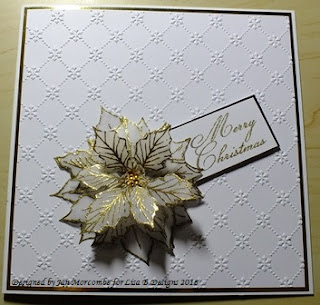 Thanks as always for dropping by the blog and I hope you enjoyed the tutorials.
See you again very soon
Love Jan -x-