Hi there crafters, long time no see.
As the sun has been shining and it's lovely and warm now, so I thought I'd do a card with a lot of sparkle. 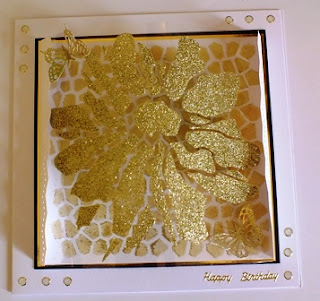 First thing I took a pieced of white Super Smooth Card and cut a piece 5.5" x 5.5" and placed it on my Blending Mat  and decided to use the  Imagination Crafts Crackle Mosaic stencil tapping it down on all four sides using Repositionable Tape and three of the Ranger Distress Inks in the same tone of colours as follows:
Antique Linen
Gathered Twigs
Tea Dye 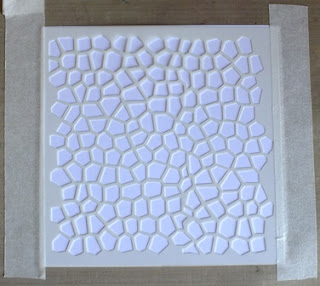 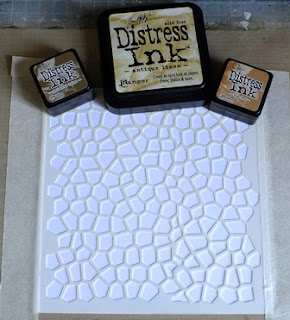 I randomly spread the inks through the stencil using a smoothie, by starting with the darker colour around the edges, then the next tone down and finally finishing with Antique Linen and blended that all over.  I then wanted a bit of sparkle so I did some foiling using Imagination Crafts Silver Dollar Sparkle Medium and an old, hard piece of cut n dry giving the effect below. 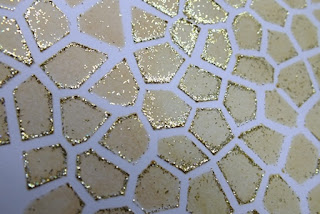 Next was to stencil the Imagination Crafts Large Daisy Stencil onto a piece of acetate, so again placed the acetate on the blending mat and tapped down all four sides.  Using a pallet knife I spread the Silver Dollar medium evenly over the stencil until it was completely covered.  Once the stencil was removed I set it to one side to dry completely. 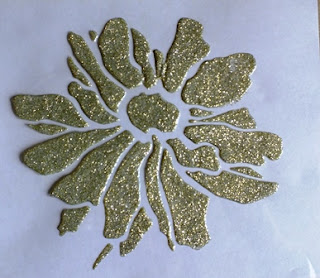 I thought I'd add a couple of die cut butterflies so created a small piece of glitter card using Silver Dollar again and a brayer to spread it evenly, again leaving it to dry.

For the sides of the card I cut two borders from a punch in my stash but I think using the new Crealies On the Edge Dies would also work great. 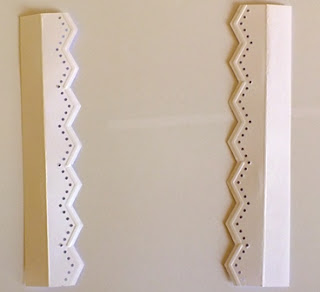 Next was to assemble the card by placing the acetate image across the background to measure how it was going to bend slightly.  Then folded the left hand side and placed the two borders down the left and right hand of the card.  Laying the acetate flat and measuring the overlap on the right, I cut it down slightly to create a small curve when the card was open and could be laid flat for posting. 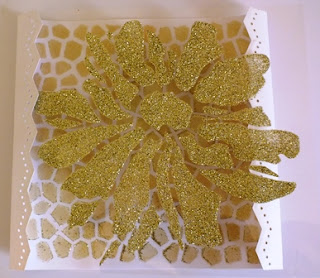 Once that was done it was all about finishing, so matted the card onto some gold mirri then onto some black card and then mounted the whole lot onto a 7" x 7" card then embellished with a few gold holographic spot stickers and a sentiment, I die cut a couple of butterflies from the prepared glitter card and placed one under the acetate and the other on top and the card was done.

Thank you for dropping by the blog today and look forward to seeing some of you at the class.
Love Jan -x-