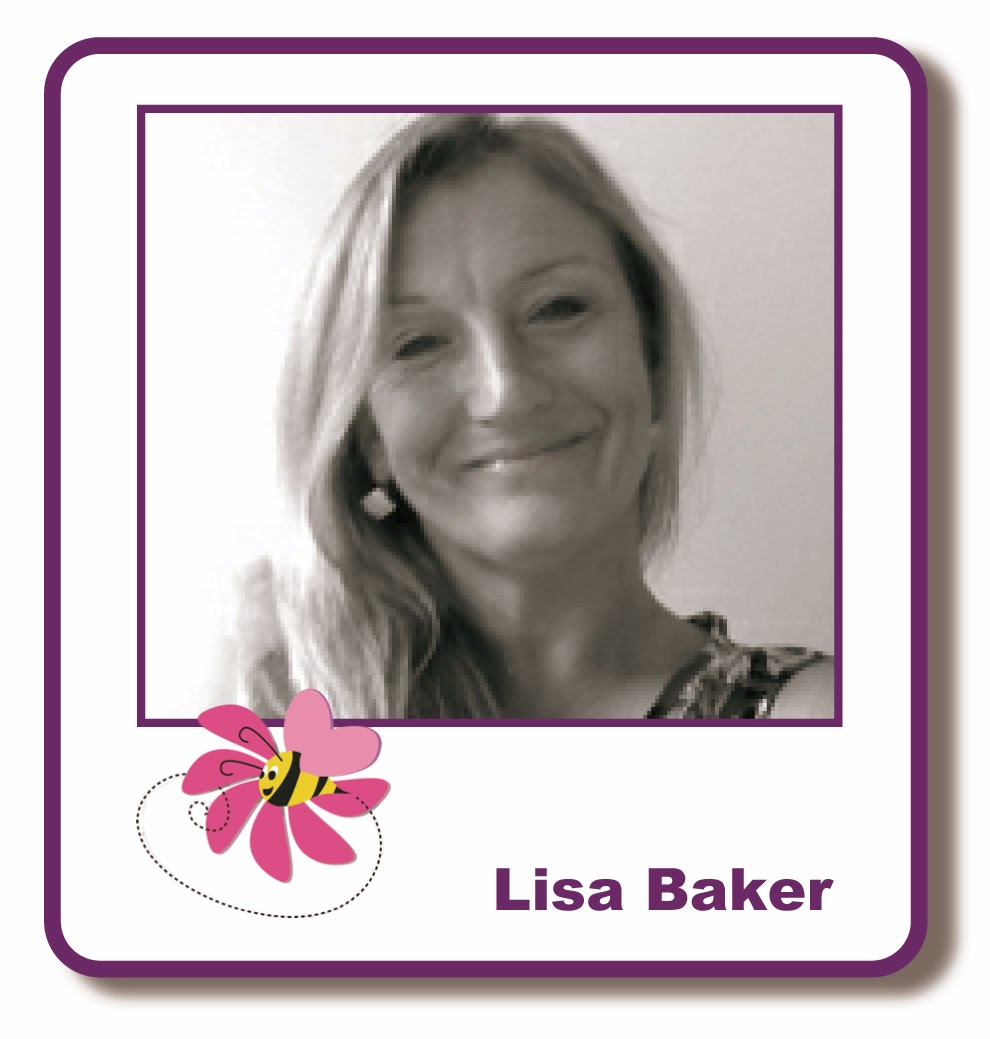 Good morning all,
Apologies for the later hour of this post, only I am feeling a little under the weather at the moment and went to bed early last night and forgot to do the blog post for this morning. I have had a tickly throat for a few days and been sneezing and thought I had a touch of hay fever but it has turned out to be cold and very sore throat!!!
Still never mind onwards and upwards as they say, there are a lot more worst off than me!
Today I thought I would show you a couple of samples made with the Floral Collage's from my new collection of stamps. Just to see how differently you can use them again and give you a little explanation of how I achieved it with each one of them.....
The first one is the Poppy Collage

As I have explained in previous posts, you get positive and negative images in all the sets as you can see from the set above but I just used the positive image for this card.
I die cut a white circle of Super Smooth Card and then stamped and embossed the main focal collage image on to the circle using Versafine Black Onyx and Clear Wow Powder. Then using the separate full poppy and side poppy head positive stamps, I stamped the full head two times and the side head three times on to some bright red card and embossed them again. I did the same with three of each of the leaf stamps on to green card. Then using Diamond Sparkle Medium and a stencil brush I stippled it over just the poppy images. When it was dry I cut them out as well as the leaves.
I then attached them all on to the main stamped image, mat and layered some black and red card and attached it on to my card base. To finish off I added some Red Stickles to the stamped bubbles....... 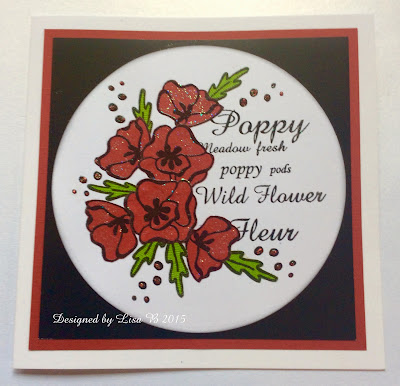 This second one is Pimpernel Collage......

Again as before you have your positive and negative images but I just used the positive again for this card. I decided I wanted to use a stencil in the background and then take that stencil image over on to my card. I used a favourite stencil of mine which is Imagination Crafts Grunge Elements, I love the mix of patterns on this stencil and use it for so many different things....

Using Bluebell Stencil Paint and a stencil brush I added a light coverage through the stencil on to a piece of super smooth card on the top right and bottom left corners.
I then stamped and embossed the main image in the same way as the first card on to the stencilled square. Using a paint brush and Bluebell and Lime Green Stencil Paint I coloured the images of the flowers and leaves. I wanted one raise one layer, so I stamped the largest separate positive flower stamp on to a scrap of white card and embossed it and then coloured it in too with the Bluebell Stencil paint and cut it out. I used a small stencil brush to add Diamond Sparkle Medium to the flowers again. I attached the single flower to the largest flower on the collage and then added a black matted layer to the square to make the image pop. For the card I repeated the Stencil paint and stencil as I did on the square card and continued the design on two corners as shown.
I then attached it to the card and finished off with some Platinum Stickles in the centre of the flowers and buds....... 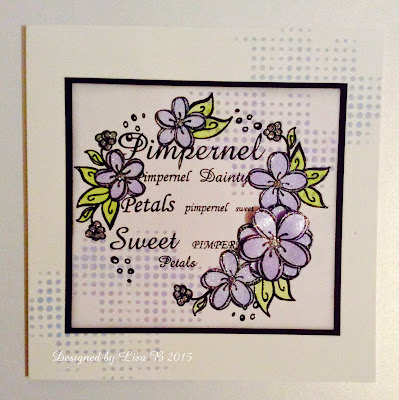 I hope that you have enjoyed reading about the two creations, have a great week and I will be back soon,