Hello blog visitors, Kirsten here. It’s Tuesday, so it must be my turn on the blog.

I didn’t have any idea what I wanted to do for my post this week, so I started by stamping Hobby Art's Norman stamp with black Archival & heat setting with WOW Clear Sparkle embossing powder, then colouring with Whispers watercolour pens. As I coloured I began to get an idea, so I stamped the image on a C6 card blank, again with black Archival & embossed with the Clear Sparkle EP. 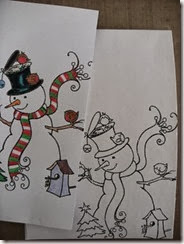 Next I cut out some of the main elements from the first image. I cut them as close to the borders as I could, then ran around the white edges with a black pen. 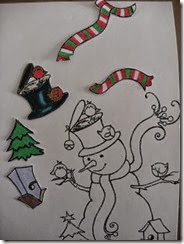 As I was doing this I wondered if I could make a paper bauble to use as an embellishment, so I die cut six scalloped circles from a scrap of red core’dinations paper & folded five of them in half. 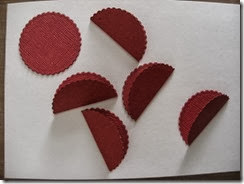 Using Cosmic Shimmer glue I began sticking the semi circles to one side of the unfolded circle, layering them on top of each other. 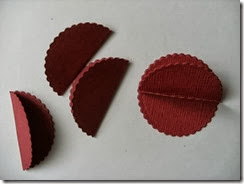 I used four semi circles & glued the other side of the fourth one to the left side of the base circle. 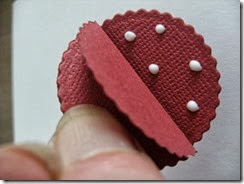 Voila! A Christmas bauble with added glitter on the finished card. 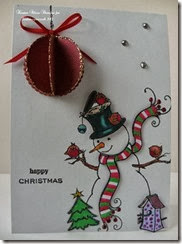 Thanks for looking & thanks also to everyone who has taken part in the blog challenge so far, there’s still plenty of time to enter, so if you’ve been thinking about it, why not have a go?
Until next time, happy crafting.
Kirsten
Posted by Kirsten at Tuesday, October 22, 2013