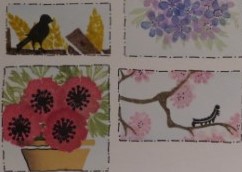 Good morning all, Martina here with another Card-io card, building on last week's creation! I liked playing with little 'mini' scene compositions, so I thought I would make another one, this time stepping it up a gear...

I started by using a die as before, but this time one with loads of different little apertures already in it (you could easily do the same thing positioning and moving a die/dies repeatedly). Once I had cut the die, I kept the outside paper (or waste) to use as a stencil. I used this with some Tumbled Glass Distress Ink to lightly add a background to the small 'scene' areas. 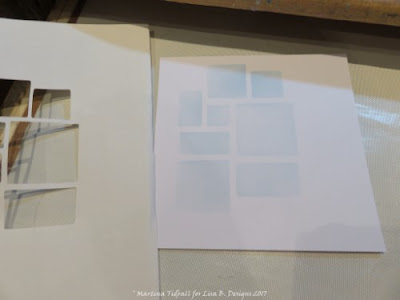 With my outline in place, I used sticky notes to mask each area, composing the card as I went along. I used the following Card-io Sets:
Backyard Blooms;
Pleasant Pastures;
Perfect Patch;
Summer Meadow.

They were all stamped with various Versacolor Inks from my stash. 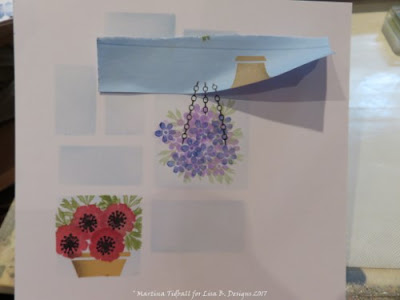 To create a more defined edge, I used a Black Micron Pen around each section. For the finishing touch I used a sentiment from an old Card-io set in my stash. The spider web was added out of necessity - to hide an inky finger mark!! 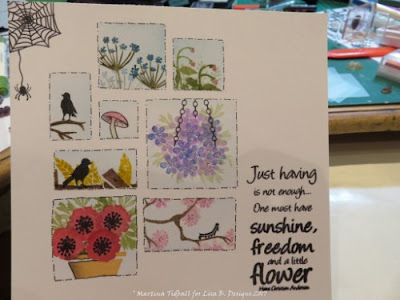 Some matting and layering to enhance the colours and the card was done. On reflection, I think the sentiment was too large and I should have chosen something smaller, but never mind, there's always next time! 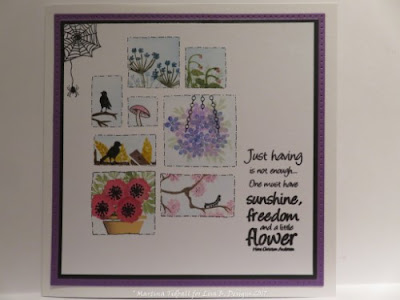 If you're free this coming Sunday and you fancy grabbing a crafting bargain, or three, then the Allington Community Association Family Fun Day is the place to be..................! 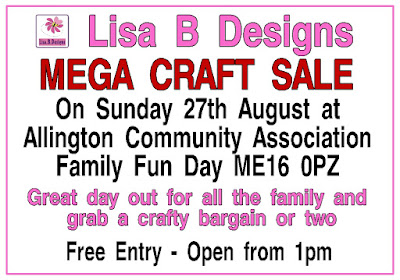 I will see you next week for another Card-io make!