Starlights, Fabric and a Practical Make! 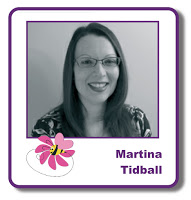 Good Morning all! Is it a snowy one for you? There is a chill in the air, but I give up hoping for a go in the sledge! While I am waiting, and to cheer myself up from the post-Christmas lull, I decided to make something totally for ME and not to give away! (Daring I know!) It does have a practical use though, so its allowed!

I was lucky that Santa bought me some lovely new pens this year, so I wanted to find a pen wallet to keep them in. I looked all over the internet for one I liked, but in the end I decided to buy a boring one and jazz it up... 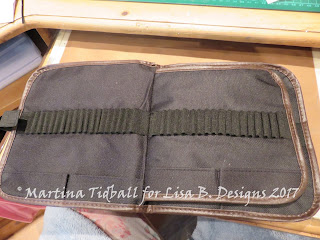 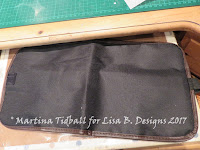 See... very dull!
So, where to start? I rummaged around and found some stencils that I liked, all from lots of different companies. I knew I wanted to use lots of Imagination Crafts Starlight Paints as they would look fab against the black (I did not have the fabric ones, so I used the normal ones, but I am not intending to wash this so it's fine). I wanted to start in the middle on one of the flaps, as I thought if I made a whoops, then I could hide it better (or the pens would cover it when they were in!) Good job I did... 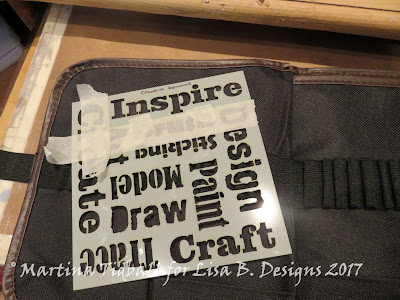 Once taped and masked off with Repositionable Tape, I started stencilling using Cut and Dry Foam with Imagination Crafts Starlight Paint in Cyclamen. As the fabric was rough and bumpy from all the elastics, I thought this would be the best way. I was a little heavy handed... 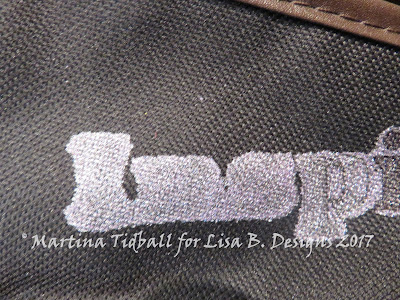 What a mess! Calling myself a few names, I thought I could go back over the words with a black pen to create a bubble/graffiti look (that is what I am calling it anyway!) Not perfect, but then we live and learn and I quite like it! 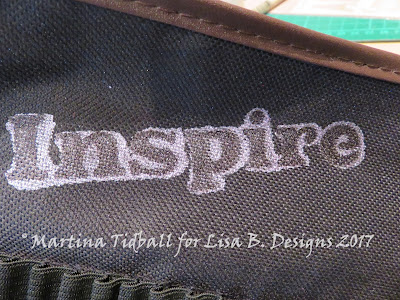 I grabbed a stencil brush and this time stippled lightly through with my paint...too lightly this time!! 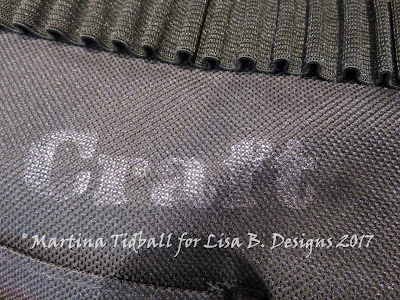 So, not a problem, I went back over building with another layer.
In the photo below you can see me using a purple stencil brush, but I later realised I had my green handled one which is domed....doh! So much better....right tools for the job and all that. Or does a poor workman blame his tools? 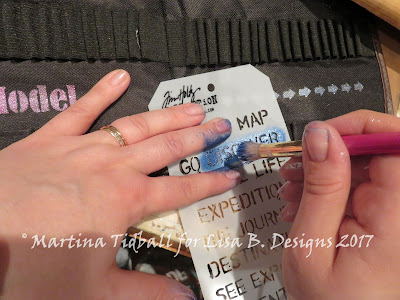 Once I had added more and more bits to the inside, I started on the outside too. These are the stencils, or parts of, that I used: 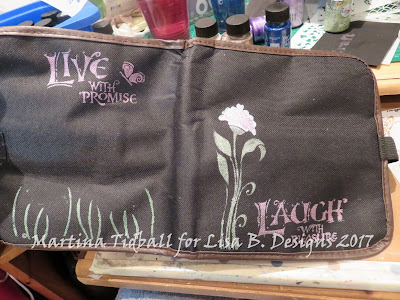 I didn't have a plan, but it built up nicely I think... 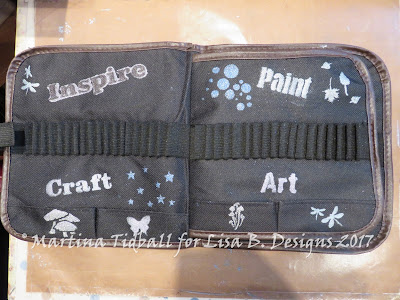 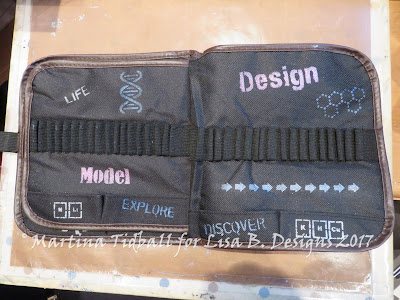 Once I got comfy again with the stencilling using Starlights (using the right bloomin' tool for a start), I played with colours and put some on top of each other. The colours I used were: 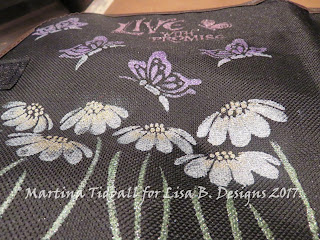 Done! I was going to do some more on the inside, but then I remembered the pens had to go somewhere! 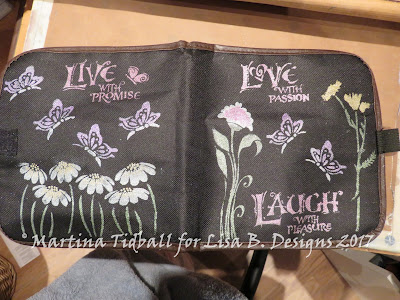 I hope you like it. Yes I made mistakes, but we all do sometimes and usually we can get around it! It will help me to remember next time though, and I have a very boring brush roll that needs a seeing to!
I have decided I am going to jazz up lots of things this year, I have bought so many stencils I think I might start using some of the ones I have bought and forgotten about! Lisa has some fab stencils, have a look and see if you can be inspired...